Melker Shoes and Boots | About and contact
19212
page-template-default,page,page-id-19212,ajax_fade,page_not_loaded,,select-theme-ver-1.7.1,wpb-js-composer js-comp-ver-4.3.5,vc_responsive

In the year 1921 Emil Jonsson was appointed apprentice in the shoemaking trade. After three years of apprenticeship Emil opened a shop in Bygdea in the north of Sweden. Emil was famous for a special style of a Norwegian welted boot with a raised lake. Emil’s son Melker took over the shop in 1944. Melker is the one in the family who without comparison have made most shoes and boots in the family. He worked many years in a shoe factory which he for some time was the owner of. Melker retired in 1988.

1976 was the year Jan-Erik, Melker’s son, started his career in the trade. Jan-Erik, or Janne as he is usually called, was appointed apprentice and in the year 1981 when he made the qualifying piece of work. During the 80’s he worked as an orthopedic shoe technician, making shoes for the most complicated of feet. In the beginning of the 90’s Janne left the orthopedic shoe trade and carried along the family tradition in Bygdea and opened a shop there. As his grandfather he started up with making work boots and shoes. In 1994 the production was changed to traditional English styled bespoke shoes and riding boots. In 2003 Jan-Erik moved with his family to Hara in the north of Sweden. A new shop was set up and the family tradition continued.

During the last decade or so Janne Melkersson has made a name of himself in the international shoemaking community, known as an intelligent and very knowledgeable maker. His work has been an inspiration to many, for example Tony Gaziano of Gaziano & Girling has reportedly been inspired by one of Janne Melkersson’s lasts. Also Janne Melkersson’s shoemaking courses has gain a great reputation, making people from all over the world come to the little village Hara to learn the shoemaking craft. 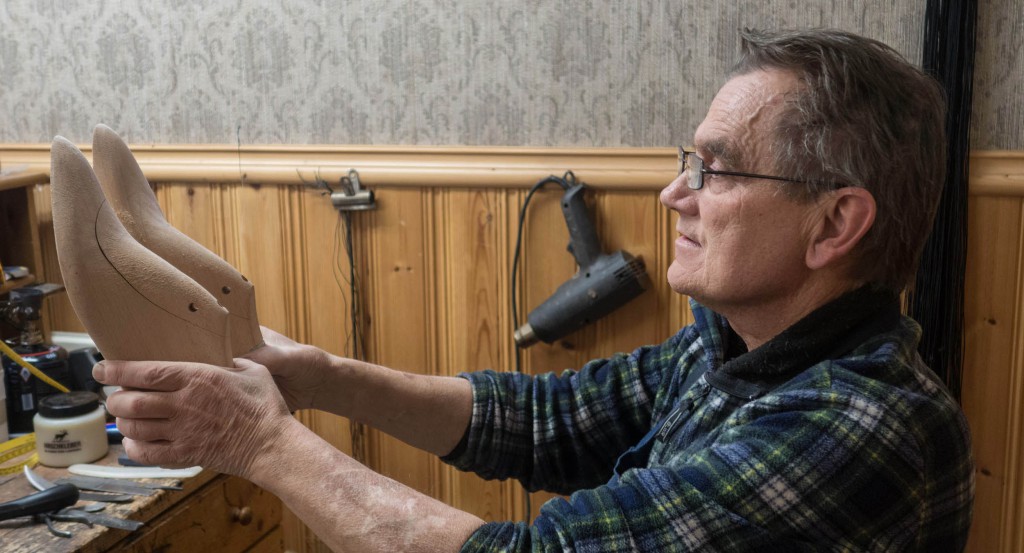